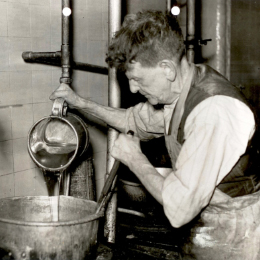 William Santus and Company have been making a variety of sweets since 1898. The survival in this industry may be surprising in itself, but what is more remarkable about William Santus and Co. Ltd is the legendary status which has surrounded “Uncle Joe’s Mint Balls”. Immortalised in countless articles, cartoons and poems; there has even been a song written about them! Uncle Joe’s Mint Balls are synonymous with the town of their production, having been immensely popular there since their creation. This town is, of course, Wigan, Lancashire.

The founder of the company was called William Santus. He was born on July 27th in 1873 and like so many Wiganers of that era, grew up in poverty; one of seven brothers and sisters, with their father working as a shotfirer in the local colliery. The family lived at 73 Platt Lane, Scholes (then known as St. Catherine’s ward.) Little is known of his childhood, except that he left school at fourteen, most probably working on a fruit stall in Wigan Market Hall. He eventually bought his own stall, number 125, selling fruit and vegetables to the Wigan public. He would probably have continued in this line of trade had he not married a local girl named Ellen Seddon; a dressmaker by profession. 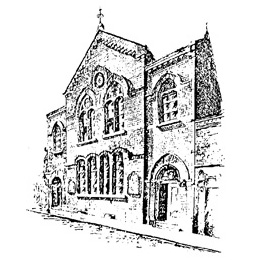 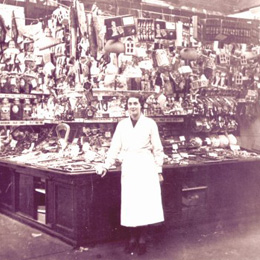 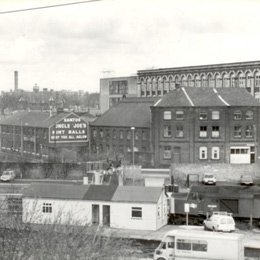 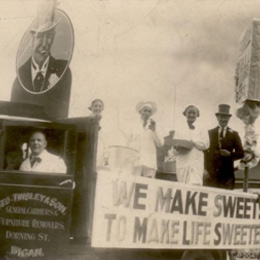 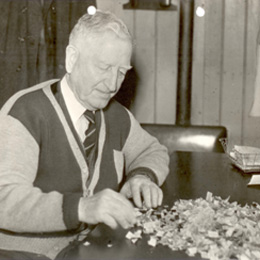 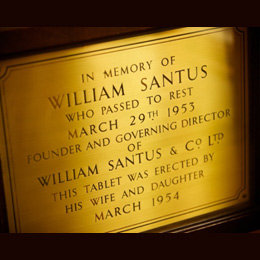 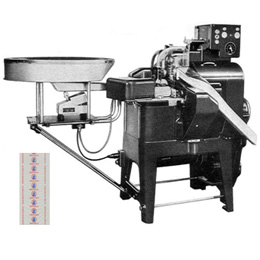 Until the 1960′s all product was unwrapped and sold directly out of large glass weigh-out jars. The sweets would often become sticky and have a much lower shelf life. The 22b rose Forgrove double twist wrappers (above) solved this issue and allowed the product to keep its condition for longer.

These wrapping machines were updated to the current four 5ist’s that can wrap up to 500 sweets per minute per machine in 1991. 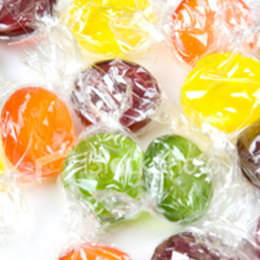 Cheap imported sweets saw the increase of much lesser quality products at rock bottom prices. William Santus & Co did not compromise on quality and therefore saw an initial decline in sales. This made the company re-visit its structure and pushed the opportunity to become a much more efficient manufacturer to keep in business. Once Customers realised that the low cost of these imported sweets meant inferior quality they soon came back to a stronger company that then long term profited. 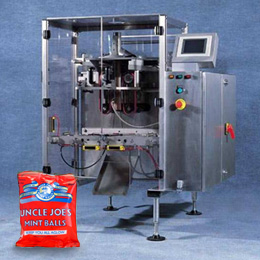 To help develop sales and appeal to the impulse market the pre-pack was developed and new machinery was installed. Despite the fact that Uncle Joe’s Mint Balls are made only in Wigan the pre pack bags meant that the product had more travel opportunities and their fame spread far and wide. Uncle Joe’s have been sighted at the top of mountains in India, villages in Kenya, Vancouver, Canada and even in the ‘Big Apple’ New York City, USA! The pure goodness of Uncle Joe’s Mint Balls is celebrated worldwide. William Santus’ father was a miner. Uncle Joe’s were appreciated by miners not only because they couldn’t smoke but also because the combined action of sucking and the peppermint flavour would help keep their lungs free of dust. 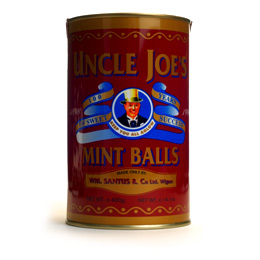 The 400g centenary tin was first introduced in 1998 to celebrate 100 years of Uncle Joes Mint Balls. It proved so successful that it is still in production now. Keep an eye on this product as a new 400g share tin is the next evolutionary step. 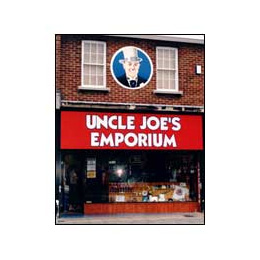 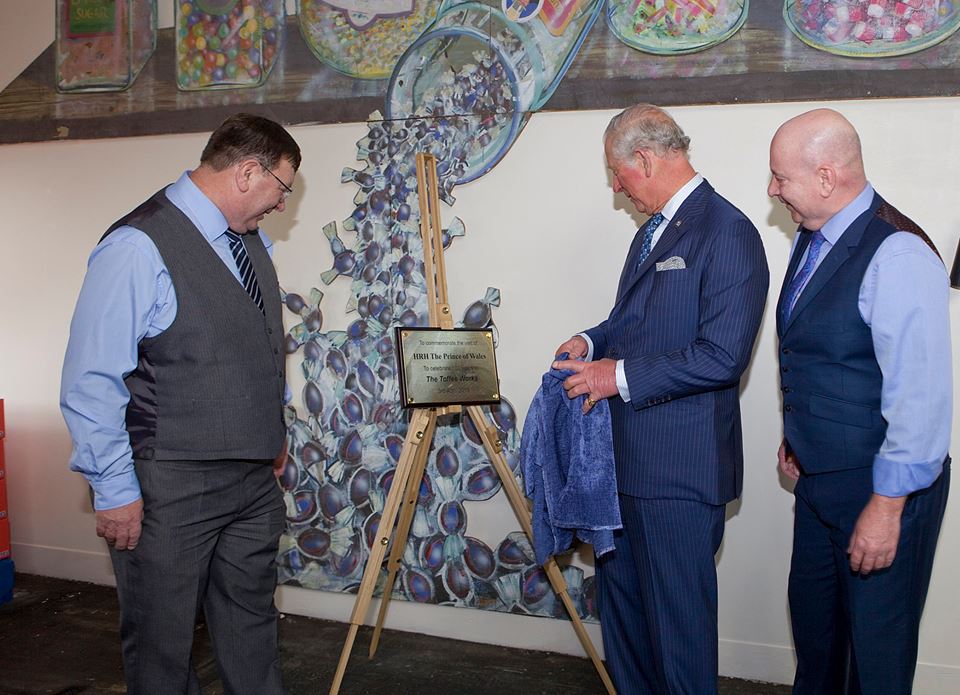 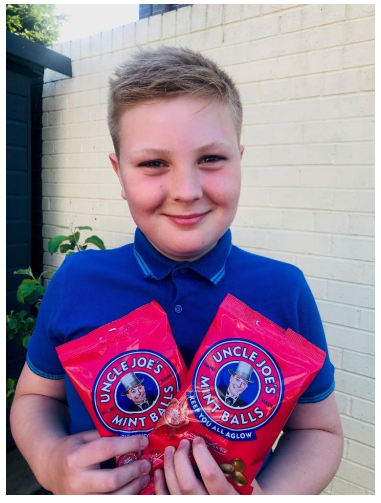 We extended our sugar free collection with a range of Mint with a Hint. This range of sweets was created by accident earlier this year after a member of staff making a batch of sugar-free mint balls at the Toffee Works, added liquorice extract by mistake. Colleagues tasted the end result and we liked them so much that we put them into production and started working on other flavours.
After the success of our Halloween and Christmas bag designs, our lever lid tins range has been expanded to include seasonal tins and we are so pleased with the results! It is certainly looking like they will be just as successful as the seasonal bags.

Because we have always had such loyal support from our customers, we decided to appeal for volunteers who love Uncle Joe’s to join our new tasting panel. After sifting through a vast number of requests, we appointed a chief taster and five other volunteers of all ages to help taste prototype sweets and put forward their own ideas as well as give feedback on existing varieties.

Our Chief Taster: Ethan Rowbotham a Year 6 Pupil from Standish