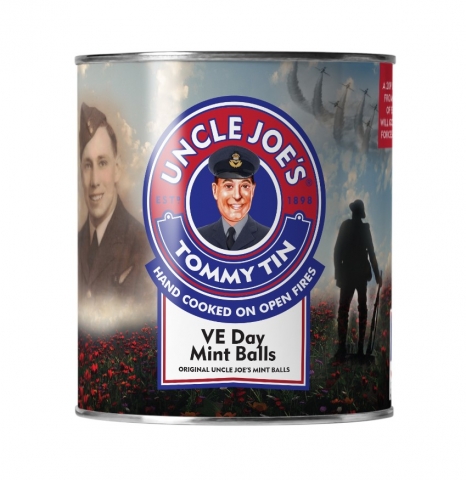 We are very proud of the role our Mint Balls played in boosting morale during the Second World War as our sweets were taken to the front line by members of the armed forces from across the country and provided a welcome taste of home in the trenches, on-board ships and for those patrolling the skies. The role of Uncle Joe’s Mint Balls was deemed so important that one of our own, Tommy Bennett, our only remaining sugar boiler, was granted a six-month leave of absence from the Royal Air Force so he could train up his female replacement and ensure production continued. He was later to recall: ‘One week, I was boiling toffee and the very next, I was bombing the enemy in a Lancaster.’

Orders Will Be Dispatched Next Working Day